Siem Reap, a vibrant city of Cambodia, ranked #4 in Asia on Top 25 Travel Destinations 2018 recently announced by the world’s largest travel site, TripAdvisor. Siem Reap is said to be Cambodia’s most important legacy as it is the gateway to the ruins of Angkor, a region that stretches out over approximately 400 square kilometers and consists of hundreds of ancient temples on its expansive ground. The temples of Angkor are a source of fierce national pride and inspiration to all Khmers (Cambodians). Angkor Archaeological Park was once the center of the ancient Khmer Kingdom, from the 9th to the 15th century, and is a living heritage site in Cambodia. The region contains the most magnificent remains of different capitals of the classical era of Cambodian history. This major site well exemplifies the cultural, religious and symbolic values of an exceptional civilization of the Khmer Empire as well as the splendor of its cities. The vast complex encompasses major architectural buildings that provide a tantalizing glimpse into the distant past of the Khmer period.

Among them marvelous ancient temples is the world’s #1 landmark of Angkor Wat, the greatest and most spectacular ruin of the Angkorian Empire. Angkor Wat is also said to be one of the seven wonders of the world and is universally recognized as a part of Angkor World Heritage Site in Cambodia. In its remarkable state of preservation, Angkor Wat remains unrivaled with beautiful details of surreal carvings and intricate stone buildings that perfectly illustrate an ultimate expression of Khmer genius. The inexpressible charm of Siem Reap city lies in its majestic grandeur and simplicity of the sandstone ancient structures covered with countless sculptural decorations. A distinction of traditional architecture featured in these ancient temples is asserted to be the perfect blend of creative ambition and spiritual devotion.

Overwhelmed by so much fascinating history, the archaeological complex of Angkor has even enticed distinguished visitors from world’s successful leaders to famous celebrities–actors and actresses, singers and even footballers across the continent. The presence of these high-profile personalities at the world heritage sites of Angkor in Siem Reap has triggered public’s irresistible temptation to travel to and visit this awe-inspiring region of the Kingdom of Cambodia. Every year, this crumbling yet enchanting site of Angkor attracts millions of local and international tourists to come and explore more than just the intriguing temple complexes within this exotic city of Siem Reap. With hundreds of sightseeing opportunities, this small yet lively town of Cambodia never once allows a single traveler to ever get ready to leave the place.

Below is the list of the world’s famous people who have visited Angkor Archaeological Park located in Siem Reap, Cambodia. 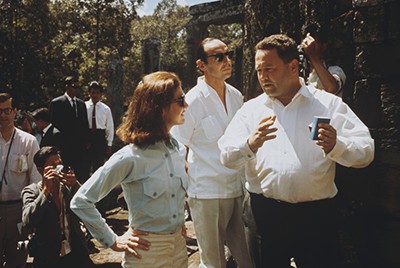 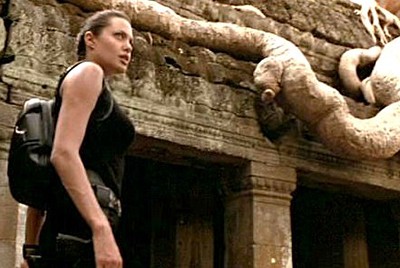 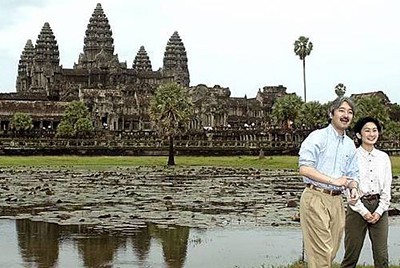 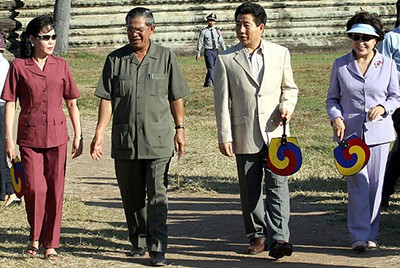 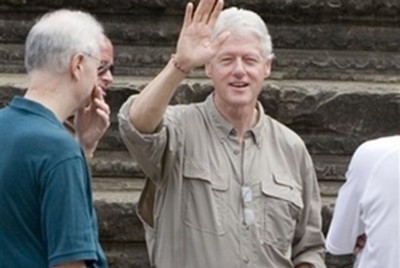 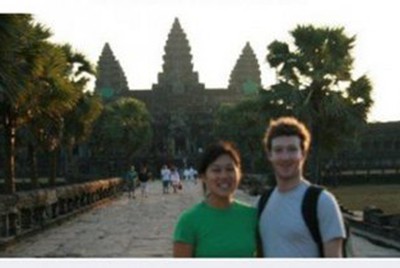 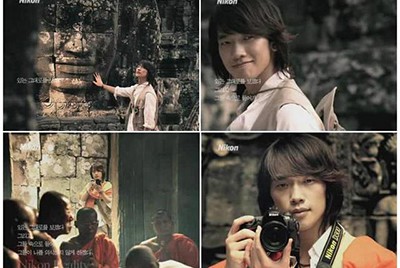 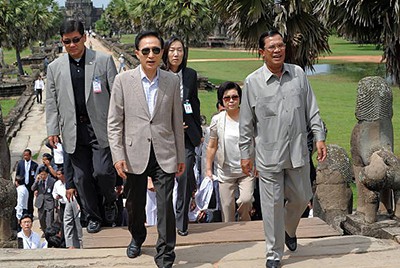 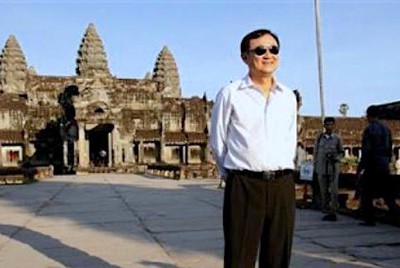 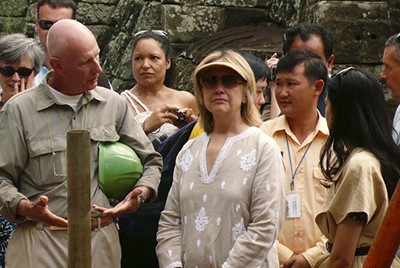 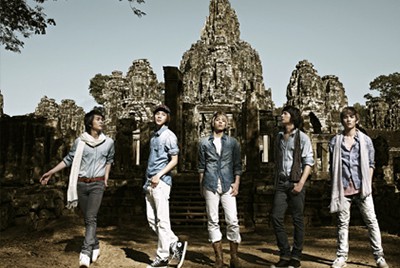 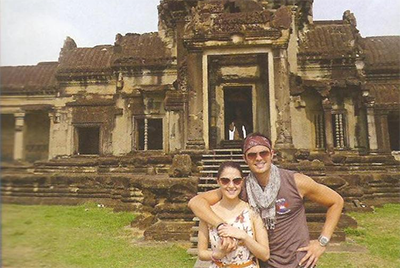 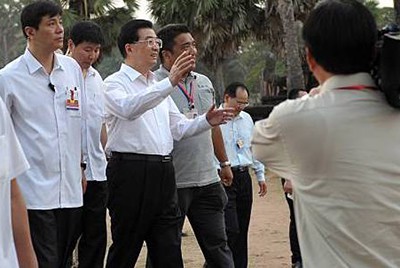 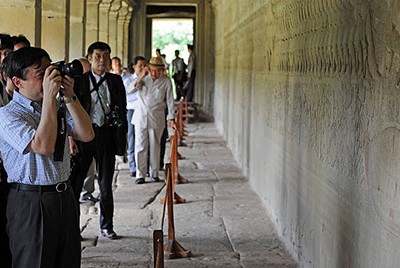 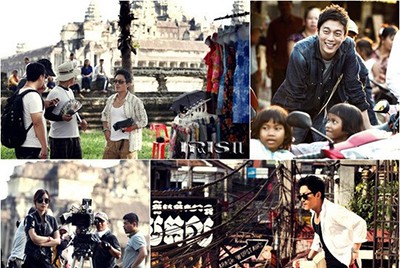 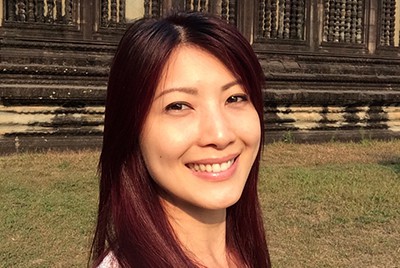 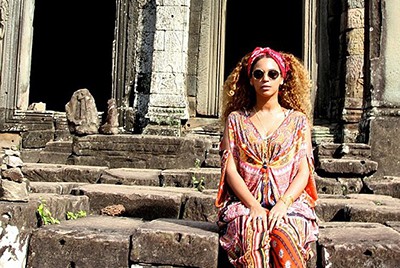 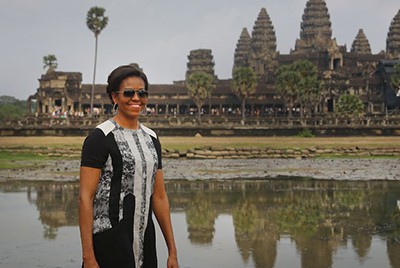 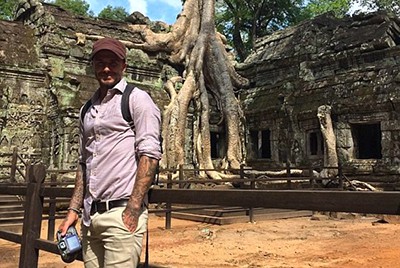 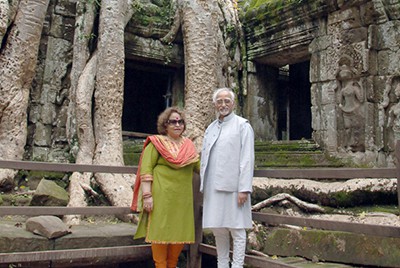 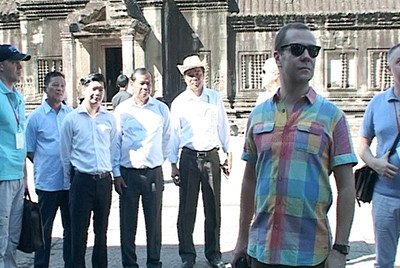 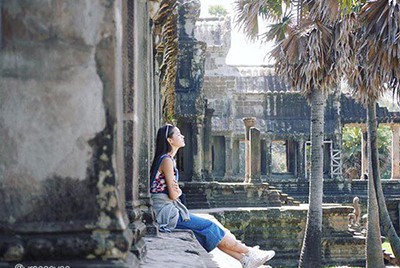 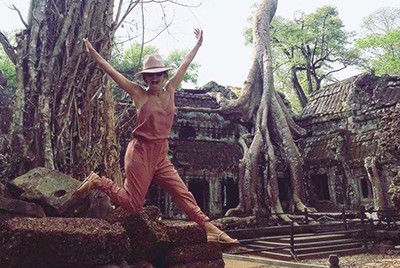 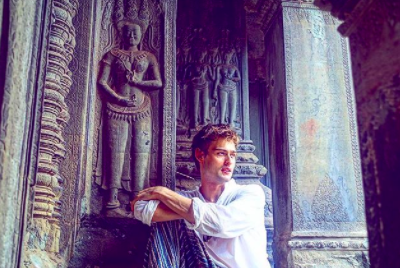 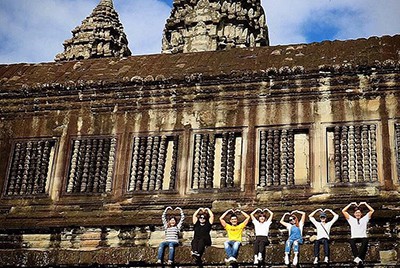 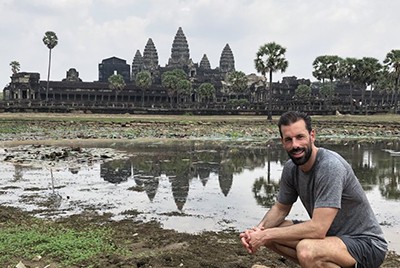 Who is going to be the next world’s famous visitor to this most enthralling and captivating site of Angkor?