THE ROYAL PLOUGHING CEREMONY IN CAMBODIA

The Royal Ploughing Ceremony or “Preah Reach Pithi Bonn Chrot Preah Neangkol” is one of the most significant ceremonies in Cambodia. The ritual is an ancient royal rite traditionally held in Pisak (the month of May), which marks the beginning of the rice-growing season. It is a time of the year when the dry season is over and the rainy season begins; therefore, Cambodian people start preparing their farming activities during the period. 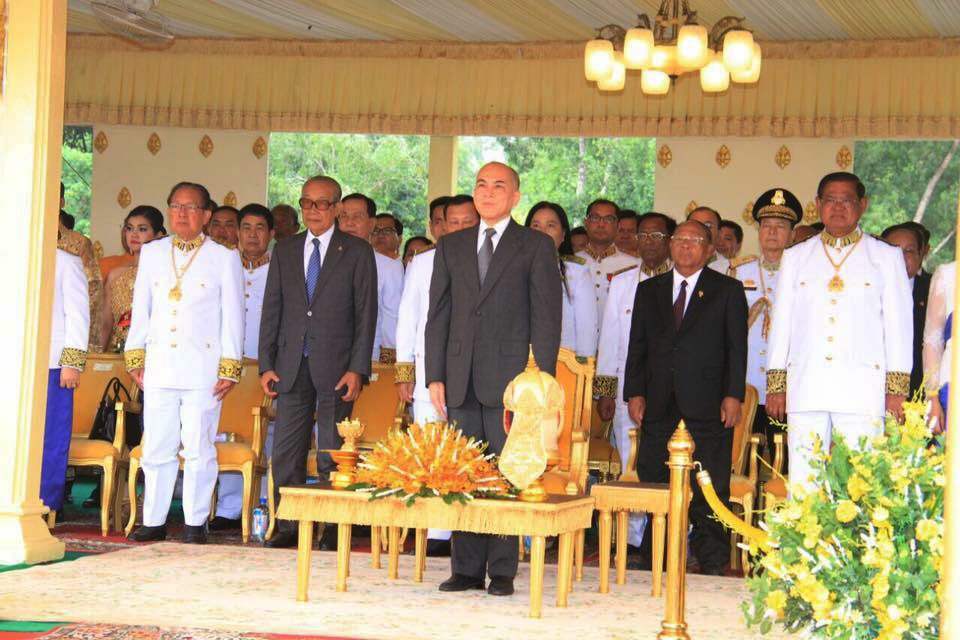 This royal ceremony was first initiated by a Khmer king who was greatly concerned with the farming conditions and has been an annual celebration for a number of centuries. Traditionally, the ceremony is led by the King or high officials. In the recent years, the ceremony was held under the presidency of His Majesty Norodom Sihamoni, the King of Cambodia. 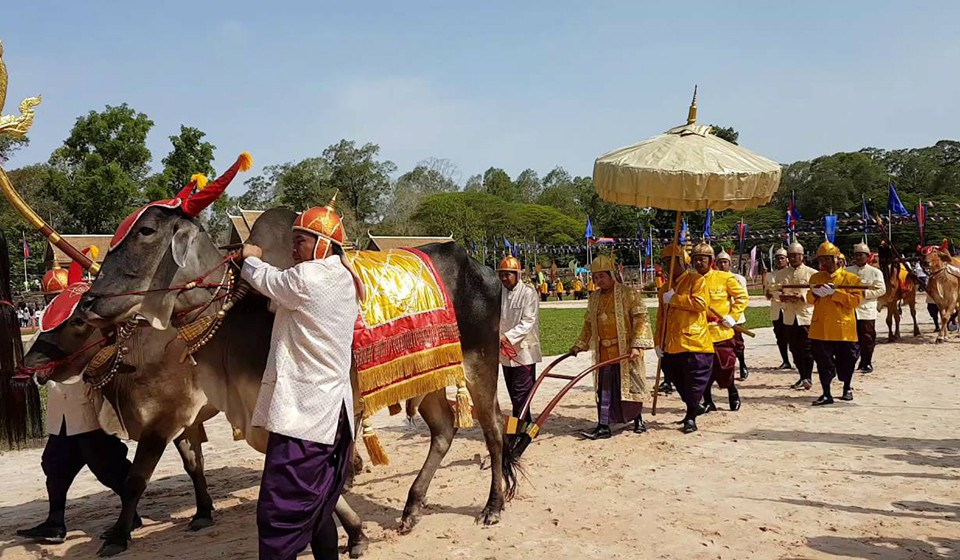 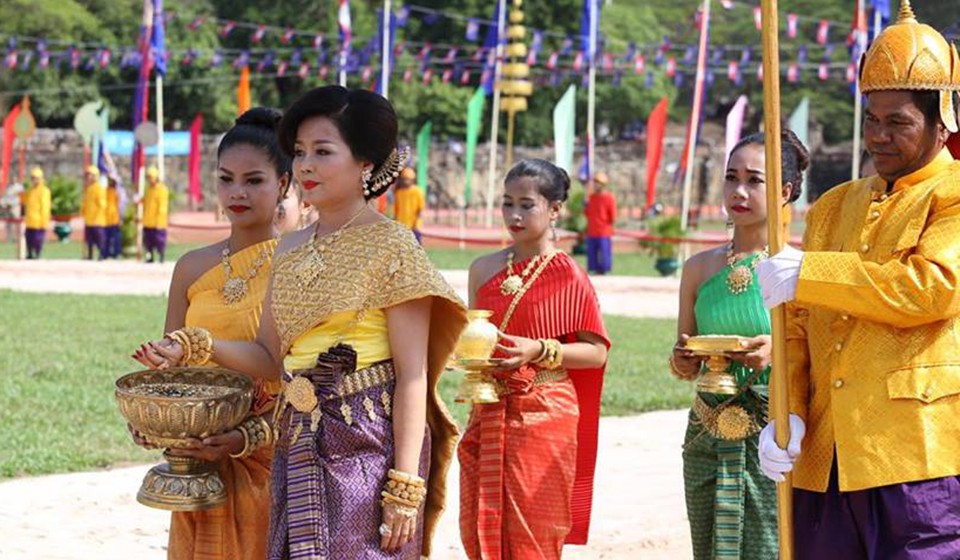 To perform the ceremony, there is a representative of the King of Cambodia called “Sdach Meak” whilst “Preah Mehuo” is a representative of the Queen. Another necessary role played in this traditional ceremony are the Royal oxen, known in Khmer as Usapheak Reach. Sdach Meak begins the ploughing with the two royal oxen to symbolize the start of the season and a good harvest to his people. Sdach Meak customarily ploughs the field three times around while Preah Mehuo sows seeds from behind. At the end of the three-round ploughing procession, the royal oxen are then released of their harnesses and led to the seven golden trays. On the tray lies rice, corn, sesame seeds, bean, grass, water and wine respectively, each of which symbolizes different prediction for the future. There is a strong faith and belief that royal oxen have an instrumental role in determining the fate of agricultural harvest in Cambodia. Cambodians believe they can foresee a range of events including good harvests, epidemics, excessive rainfall, and violent crimes by observing what the royal oxen choose to eat and drink. 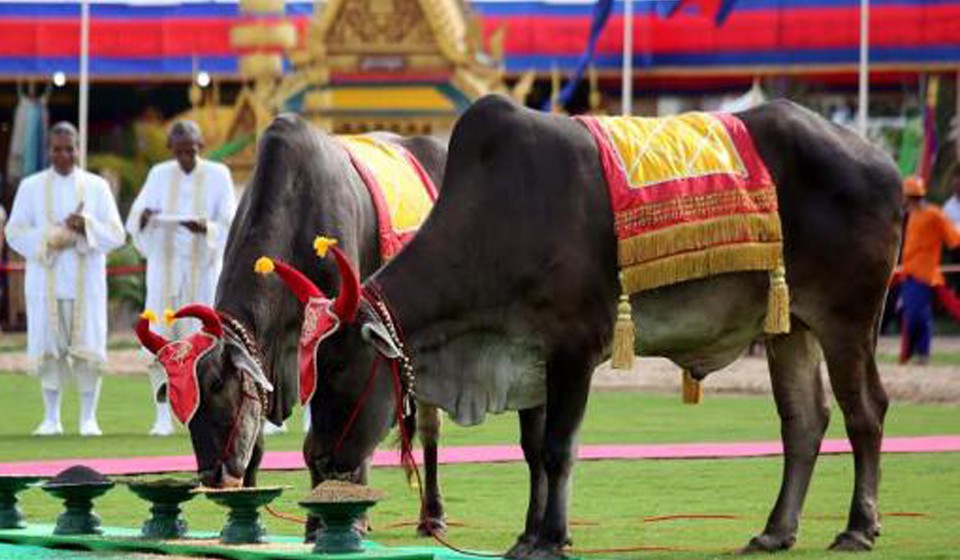 The prediction can be interpreted as below:

If one of the oxen eats the rice, there will be a good rice harvest.

If one of the oxen eats the sesame, there will be a good sesame harvest.

If one of the oxen eats the corn, there will be a good corn harvest.

If one of the oxen eats the soybeans, there will be a good soybeans harvest.

The more the oxen eat the grain, the better the harvest of that grain will be.

If one of the oxen eats the grass, there will be a widespread of animal diseases.

If one of the oxen drinks the water, there will be a heavy rainfall.

If one of the oxen drinks the wine, Cambodia will be populated with robbers and drunkards that may possibly lead to terrible crimes within the country.

The more the oxen eat or drink the things mentioned, the more severe the problem will be.

The date and venue of this royal ceremony may vary each year. In the year 2016, the ritual was held on 24 May in Siem Reap province. Then, it was celebrated on 12 May, 2017 in Prey Veng province. Particularly, this year, the Royal Ploughing Ceremony will take place on 3 May in Svay Rieng province. Regardless of the time and place, however, the ceremony still follows the same traditions.